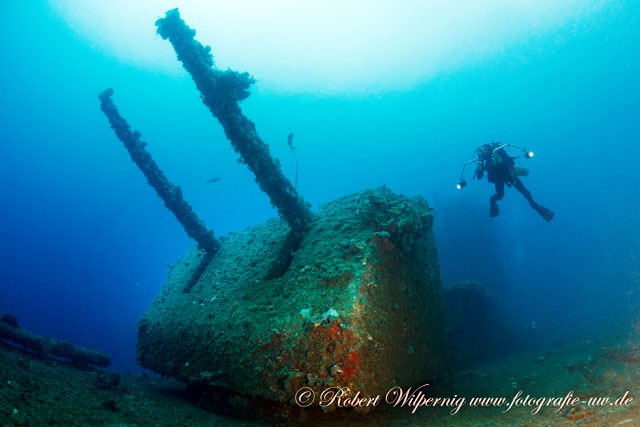 Blue Green Expeditions is traveling to Bikini Atoll aboard the MV Truk Master and Becky Kagan Schott will be the Expedition Leader for this amazing trip!. Bikini was the site of a pair of nuclear weapon tests by the US government in 1946. Ninety ﬁve ships including obsolete battleships, aircraft carriers, submarines, numerous auxiliary ships and three surrendered German and Japanese warships were purposely bombed in the calm clear waters of Bikini atoll. It is now the greatest underwater warship wreck museum in the world. This is a technical diver only event - come join us!!

Find out more
Go to Top